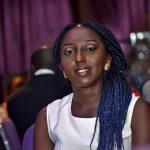 I was in the forensic lab, going through some crime evidence, poring over dead tissues and cadavers. A serial killer was on rampage again after three years of silence. Is he a copycat or the person we have been looking for just came out of hibernation?
I felt a zing, I looked up and saw the crack in the window, I looked at my upper exposed arm and saw blood, bullet just grazed my arm. I froze for a second before I raced out of the forensic lab into the hall, and I saw Henry rushing towards me, "there is a sniper on the building opposite the forensic ability, we need to stay put." I just looked at him and said, "apparently it's me he wants or someone who was supposed to be standing in front of that window because bullet just grazed me." Henry looked at me and then my arm and saw the blood, blood drained from his face and he checked to see if it penetrated, when he saw it was really just grazing, some blood returned to his face.
"Brianna, someone doesn't want something discovered about the death of those young boys. I was about to tell you that all the case files are gone, not stolen but dissolved in acid. Thank God we used the latest technology, blockchain to decrypt our files and save them in cloud."
I felt light-headed a bit, I heard my name from a far place before everything went black. But I heard him, "You are next."