‘US VS THEM’: CIRCUMVENTING A CULTURE OF DIVISION AND EXPLOITATION 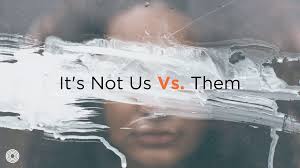 – Jim Rohn
We are social beings that have a deep need to belong. This stems from our age-long need to work together in groups to survive, reproduce, and flourish.