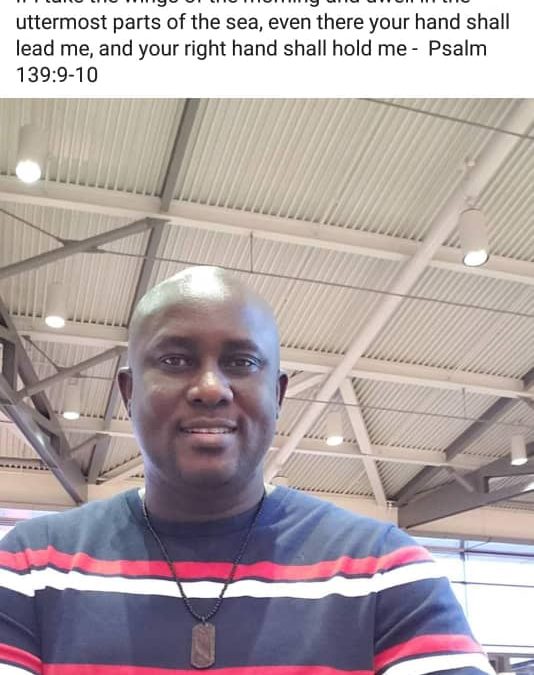 The community of Nigerian writers, scholars and journalists have announced with great shock and sadness the sudden and painful passing of our friend, colleague and brother, Professor Pius Adesanmi who was aboard the Ethiopia Airlines Airbus 737 MAX 8 that crashed on the morning of March 10, in Addis Ababa. 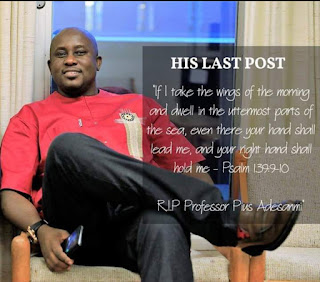 He was en route Nairobi as a participant at the ECOSOCC Meeting organised by the African Union.

From 2002 to 2005 he was Assistant Professor of Comparative Literature at the Pennsylvania State University, USA.

A poet and essayist, Prof. Adesanmi, who is survived by a wife and two daughters, was a public intellectual without peer. He was active on social media where he flagellated the Nigerian ruling class with well thought out interventions, amassing a huge following in the process.

For many years, Adesanmi maintained a regular column for Premium Times and Sahara Reporters. His writings were often satirical, focusing on the absurd in the Nigerian social and political space. His targets often included politicians, pastors, and other relevant public figures. He spoke truth without fear or favour.

In September 2015, his scathing piece on the decision of the Emir of Kano, Muhammadu Sanusi II, to take an underaged wife generated substantial conversation and even elicited a response from the Emir, who responded to Adesanmi by name.

An award-winning author, he was a highly sought after speaker and facilitator whose expertise and breadth of knowledge was a delight to all who had the pleasure of hearing him speak.

In 2015, he gave a TED talk titled “Africa Is The Forward That The World Needs To Face.” His talk at the televised The Platform programme, held in Lagos, was a national sensation. Among his many endeavours in a prolific career as a public intellectual, Adesanmi maintained a column on the popular Nigeria Village Square website, and was a long-standing member of the editorial team. He was also a member of the Advisory Board of the Ake Arts & Book Festival.

Many Nigerian writers had the privilege of knowing Pius Adesanmi for about 25 years, from the moment he burst onto the Ibadan/Lagos literary scene with his creativity, his wit, his love for literary criticism and his infectious laughter. Even then, it was clear that he was special. He was driven, politically astute and he would become one of the most gifted satirists of his generation.

His awards include a 2017 Canada Bureau of International Education Leadership Award; Penguin Prize for African Writing in the Non-Fiction category for his book ‘You’re Not a Country, Africa’; and the Association of Nigerian Authors’ Poetry prize for his poetry collection, ‘The Wayfarer and Other Poems.’

Funeral arrangements to be announced by the Family.