Abuse of the male child

*ABUSE OF THE MALE CHILD*

According to the Mariam Webster dictionary, A *Pedophile* is defined as a person who has sexual interests in children.

Molestation of children by Pedophiles have generated discussions over the years, with different measures being employed to stop the menace. Most people are oblivious to the fact that male children also are defiled at a young age, but due to the fact that there's no physical harm to the child it goes unnoticed. A defiled girl child is discovered when she complains of pain to her private organ.. How do you identify a male child being defiled?

Parents believe in protecting their female child from sex predators but leave the male child at their mercies unknowingly. Male child molestation has gone unnoticed for a very long time due to the fact that most times they aren't discovered and the victims are left with scars of such horrible experience which would affect their social, mental and sexual relationship with others in the future to come.

The male child should be protected from sexual predators same way the female child is. It's always hard for them to speak up but in my years of teaching and interacting with children, I got to understand more.

Parents should also play their part and be observant of their male children. They need to be on watch out for signs like depression, withdrawal and isolation.

Let's come together and stop the molestation of children.

I write as a voice to the voiceless male child. 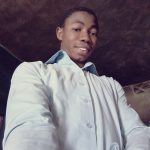