DON’T BE AFRAID TO FAIL 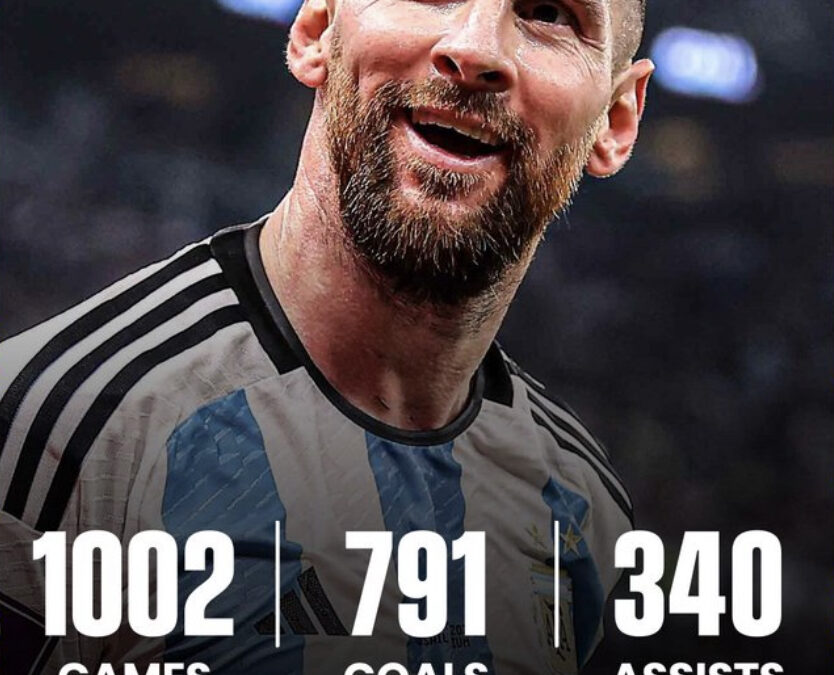 *DON’T BE AFRAID TO FAIL*

Let me begin this piece with a quote from my oga at the top:

“The greatest personalities on earth encounter failure many times. They embrace failure, because they know that is the only way to overcome failure.” – Dr. Kennedy O. Obohwemu

Throughout history, it has been shown over and over again that the above quote is valid.

The most recent case in point is the man who has more than proven his unmatched status in football with an outstanding tournament in Qatar.

Lionel Messi’s mind was racing as he sat in MetLife Stadium on the night of June 26, 2016.

He had just missed the opening penalty in Argentina’s shootout loss to Chile in the final of the Copa America.

It was a third consecutive defeat in a major international tournament decider for Messi, and a fourth overall.

He felt doomed, destined to disappoint in an Argentina jersey. Sergio Aguero had never seen his close friend so upset.

Messi knew how this latest loss would be portrayed: as proof that he simply couldn’t deliver for Argentina; that he would never match Maradona; that he played better for Barcelona; and worse again, that he cared more about the Catalan club than his own country.

So, in the heat of the moment, while overwhelmed by a “huge sadness once again”, Messi made the difficult decision to retire from international duty.

“I tried so hard to be a champion with Argentina, but it just hasn’t happened,” he told reporters. “I couldn’t do it.

“I think it’s best for me to retire, for everyone, for me and for many people who want it.”

No Argentine really wanted him to leave, though.

Even the victorious Chile coach, Juan Antonio Pizzi of Argentina, was stunned by Messi’s sudden announcement.

“Messi’s numbers are unparalleled and I think they’ll remain that way forever, because it’s impossible for a football player to do what Messi has done,” he said.

“My generation can’t compare him to [Diego] Maradona because of what Maradona did during our generation for Argentine soccer.

“But I think the best player ever played here today in the United States.”

Almost inevitably, Argentines started a campaign to convince the captain to continue, with then-president Mauricio Macri publicly pleading with Messi to play on.

Meanwhile, a 15-year-old Enzo Fernandez posted an emotional open letter to Messi on his Facebook page.

“Do what you want, Lionel, but please think about staying. Stay and have fun,” he wrote. “In a world of ridiculous pressures, they manage to take the most noble thing out of the game, the fun.

“Seeing you play with the light blue and white is the greatest pride in the world. Play for fun, because when you’re having fun, you have no idea how much fun we have.”

On Sunday night, Fernandez started alongside Messi for Argentina in the 2022 World Cup final.

An awful lot had happened in the interim.

Despite reversing his retirement decision just a month after the Copa America in part because he had been touched by the public support, there was further disappointment in store for Messi at Russia 2018.

At that stage, it appeared his chance of ever winning a major trophy at senior international level had passed.

However, the appointment of Lionel Scaloni as Argentina coach changed everything.

He didn’t just make the right tactical moves, he also generated a club-like team spirit that propelled the Albiceleste to victory in last year’s Copa America in Brazil.

That triumph was obviously hugely significant for Messi on a personal level. It represented a release of relief as much as joy. A weight had been lifted. International football had become fun again.

“I really have been enjoying being with the national side in the last few years,” the forward said ahead of Sunday’s showdown with France in Lusail.

“To win the Copa America, to reach the World Cup with 36 games unbeaten, and then to finish that trajectory with a final is just incredible.

“I hope the people in Argentina enjoy themselves and what we are doing. They shouldn’t doubt we are giving absolutely everything.”

Messi has certainly given his all, which may sound like a strange thing to say about a player who spends a significant chunk of games walking.

However, while time may have taken away some of his pace, it’s also “made Messi wise”, as Jorge Valdano pointed out.

He has become even smarter, even more adept at making the most of his many other extraordinary gifts, meaning while he now “has less, he is giving more”.

“Angry Messi”, as Pablo Zabaleta has called him, has reminded Argentinians of peak Maradona. The quiet has become a sassy skipper.

Indeed, with the help of a supporting cast that Valdano compared to Ocean’s 11, Messi has led Argentina to an unprecedented World Cup victory, despite suffering a shock defeat to Saudi Arabia in their opening game.

In the must-win meeting with Mexico, he broke the deadlock with a stunning strike from distance, and hasn’t looked back.

Before this tournament, he had never scored a goal in the knockout stage of a World Cup. He’s now got three, as well as two of the greatest assists the competition has ever seen.

His critics have run out of excuses to deny him the title of the greatest of all time. They have nothing left to use against him.

Messi’s status as the finest footballer in history is safe.

The debate is over. No player, not even Pele or Maradona, has ever played at such a consistent level of excellence for such a sustained period of time.

His numbers are ridiculous, so many of his records unbreakable and, at the age of 35, he has illuminated a World Cup like few others before him.

He has won both the Golden Ball and the Golden Boot. And you can add an eighth Ballon d’Or into the mix too.

It’s not just about the trophies, though. It’s about the talent, the magic and the emotion.

It takes a very special sportsman to bring people from every possible background together in awe and admiration. It takes a GOAT to make you forget about life for a while.

Despite the setbacks that life threw at him, he has been a source of joy and excitement for lovers of football and neutrals alike; he has been a pleasure and a privilege for the rest of us to bear witness to this most remarkable renaissance, this most fantastical of finales.

Just think about how many times Messi failed.

If he had stopped trying, he certainly would not be where he is now.

This is the only way!